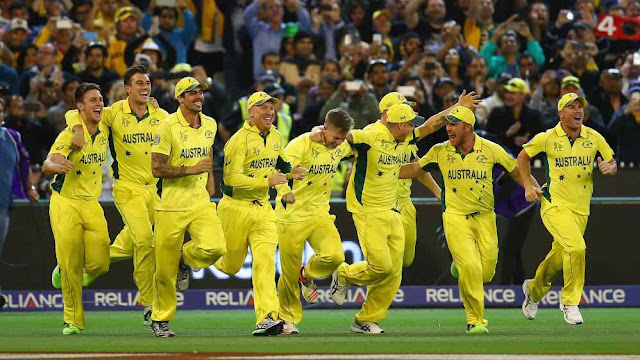 Ahead of any big events every team have got enough time to regroup and make sure to terminate their weakness. But things are always not in your control. You must do hard work to prepare yourself for Biggest event and you need a bit of luck also. Australian team get stuck when their main two batsman were got banned for one year from international cricket during tour of South Africa where the both players were involved in ball tampering last year 2018. Situation becomes very difficult for Australia to fill their space immediately. after losing their main two batsman they made many experiment. for some time they made open with tarvis head in ODIs and chris lyn in T20s they also open with marcus stoinis and peter handscomb but all of them could not deliver and the struggle was hurting more . finally they called Usman Khawaja for tour India for ODIs. Austrila beat India in both ODIs and T20s khwaja was only picked for ODIs where he was only one to make for Australia he score 50,38,104,91 and 100 in five matches which lead Australia in all important series. Australia also won T20 series with 2-1. where maxwell hit his 3rd T20 international and scored a fifty also. This series also make an impact before ICC world cup 2019 that Australia is also in the race. Next they are visiting U.A.E for series against Pakistan for 5 ODIs and 3 T20s where they are out classed Pakistan in initial two ODIs till now(26 march 2019) . Aron Finch hits consecutive hundreds in first two ODIs . Pakistan have given rest to most of  their main players so Australia got an easy opportunity to beat pakistan in both ODIs and T20s .

29 March 2019 banned on Warner and Smith will ends and that will raise Australia strength. But they both have to show their fitness in ongoing IPL . The pair may be called for ongoing Pakistan tour as they are available from 29 march.

When Ramiz Speaks The Predictions

IPL The Stage Of Big Names