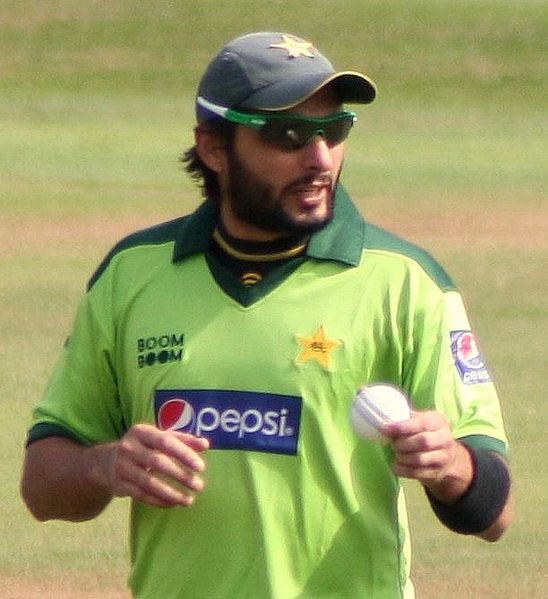 Shahid afridi is a famous pakistani cricketer also known as Boom Boom for a power hitter. He was the one who introduce power hitting in last decade of 20th century where cricket were very slow and theory was that stay at wicket stay calm. 200 or plus was very compatible at that time. At the age of 16 he gets place in Pakistan national team for ODIs as a leg spinner in October 1996. He made ODI debut on 02 October vs Kenya with the bowling he remains wicketless and with the bat his term didn’t come at that match. He was sent at number 3 at next match against Srilanka for power hitting and made a world record of fastest ODI century in just 37 balls with 11 sixes. He also equaled the record of most sixes in an ODI innings. Pakistan was won that match by 82 runs and he was awarded man of the match. The record was broke by New Zealand’s James Anderson by completing his hundred on 36 balls on 01 January 2014. Currently fastest ODI century record is holding by South African batsman Ab Devillier with 31 balls against Windies. He gets test cap after two years of his ODI debut against Australia on 22 October 1998. He took five wickets in first innings. And failed with bat. He was an agressive   player although he played some good knocks in test cricket also but he could not put himself in this circumstance. he is known as a power hitter. he is holding the record of most sixes in ODIs he hit 351 sixes.

Beside cricket he is one of the best charitable sportsman in the world . According to Dosomething.org Shahid Afridi ranks 20th among athletes around the world. He is running his own charity foundation SAF providing health, education and food to the needy peoples.

He has own many records to his name in his career. Shahid Afridi also has most T20 mom records hold 11 mom. he was mom in semi final and final of 2009 T20 world cup that won by Pakistan.