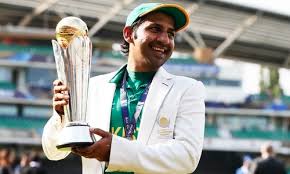 Sarfaraz Ahmed is pakistan cricket team captain in all three formats. his journey to this height took lot of time and struggle. he is the man who never give up. his hard work and dignity give him this achievement and he deserve that. His journey from U-19 world cup as captain when lead the team in final and defeat team india in a low scoring thriller in 2006 . He earns name and catch eyes of selectors. And then selected foPakistan A team tour of Australia in 2007. But after that his name went in dark for a while. And then he selected for tour India in the same year. After that series he sidelined for almost 3 years and was chosen again in test side in 2010 Australia tour in test side. That opportunity he got in the space of three years. Making place for him in national team was a tough challenge as Akmal brothers in all three formats. Later in 2012 he included in squad for Asia cup. He made a positive impact when he scored 46 against Bangladesh at crucial time and Pakistan won that match by jus 2 runs. Bu he still didn’t gets permanent spot. In 2013 he was chosen for South Africa tour. He struggled a bit in that series but not a bad one.

Then in 2014-15 things comes in his favor. He hit centuries against Australia, Newzealand and Srilanka in consecutive series. He was included in world cup squad but not given chance as a wicket keeper in initial matches . And Pakistan loses their initial matches . he got chance against south africa where pakistan was on edge of the tournment in the knock out match . He comes to open the innings and scored 49 with run a ball pakistan won that match and he was awarded man of the match. There was also Rumors that waqar younis is not want him in playing IX but but critics and bad performance of the team bring an opportunity for Sarfaraz and he cashes in the right time. and then he score his maiden ton against ireland in the next game. these performance makes his permanent spot in squad. in 2016 he handed T20 captaincy .  then things really comes in track and he is handed captaincy in three formats.. 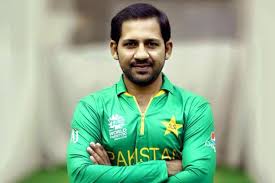 He is of the best captain of Pakistan in his short career till now as of today 23 march 2019. He took every game very serious. his best moment of career as a captain when pakistan won CHAMPIONS TROPHY 2017 and defeat arch rival INDIA. sudden he became one of the famous personality of the country. pakistan came from bottom of the table at that time pakistan was rank no-8 in ICC rankings there were no expectation that pakistan can Grab the title. that was sarfaraz surprise the world.
Whole karachi welcomes sarfaraz as he brings trophy to home that was proud moment for him.

imam, I don’t care critics, reply with the bat