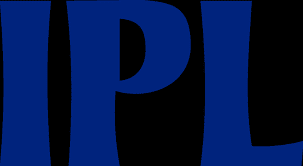 T20 cricket suddenly change the world of cricket as time is getting more than more value. test cricket literally dying. its brings concept of T20 to not let go cricket down.  And ICC succeeded to keep attention of fans in cricket. Because now a days everyone have very limited time for entertainment. There is no doubt that T20 increases cricket audience because of it need a short time to get to the result. We all know worlds famous game football whole match has 90 minutes to get the result. so time is main reason in their popularity. Now if could be a better option for a family to watch a t20 match instead of movie and they will preffer to watch live match in stadium. So money which was going to theaters that is consumed in cricket and that makes T20 richer. Thats why T20 popularity graph is raising day by day. T20 suddenly change atmosphere of cricket and events are increasing very fast. In 2008 India introduced first ever T20 cricket league name IPL recognize from ICC. which was the first international league. Soon IPL become a very much brand and gets best respond from sponsors.

Major companies starts investments in IPL to promote their brands. soon investors starts investments in franchises and players. and offers them big money the demand increased day by day and its attention of players. later the concept of T20 league spreads all over the world srilanka and bangladesh also starts their own leagues. but srilanka could not sustains their league due to structure body and financial problems. bangladesh succeeded to continue then west indies and pakistan also starts their own leagues. australia is also running their BBL. south africa is also trying into the league. actually the world of cricket is now surrounding by T20 leagues. worlds famous and big hitters are now getting early retirements to give full time to cricket leagues around the world. latest examples are Ab Devillier and Shane Watson who makes early exit from international cricket. and now both giving full time to IPL, PSL , BBL, BPL and CPL. many proteas players leave their national team and signed KOLPAK deal.
So it means CRICKET PASSION TURNING INTO MONEY RACE..

All round Stokes axed South Africa in world cup opener

Shadab Khan Ruled Out Of England Series Due to illness