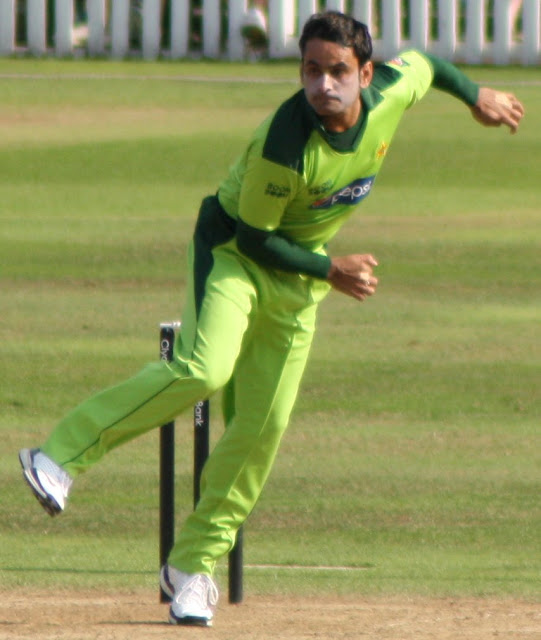 For world cup 2019 team Pakistan is facing a major problem of power hitting to boost scoreboard in final overs. They have an option of Asif Ali who had ability to hit ball ball hard and given many chances to deliver but couldn’t cashed it except tour of Zimbabwe where he played a few fine knocks. So now all eyes are in Mohammad Hafeez who done well since champions trophy 2017. Where he played well with good average and best strike rate especially he hit 57on 37 deliveries in all important match final against arch rival India. Since then he improved his batting average and strike rate in Middle order position. Some former pakistani cricketers want to see him middle order position because of his ability he can handle pressure and can hit the ball hard too. Shoaib Akhtar thinks that hafeez can play like afridi in final overs. He will be likely play at No.5 or No.6 as captain

Sarfaraz also indicates that he will play at the top order in world cup 2019 and is a good decision because he can’t hit the ball hard but rotate strike rate very well. Hafeez who said in his recent interview that he has the potential to suit himself in any position and would like to play in position which is offered. During his interview a journalist ask him that Shoaib Akhtar thinks that you are now Afridi of the team he couldn’t be like Afridi but I will try to do like him. His recent average in the Middle order is over 37 is more than his career average 33 and striking rate 86 more than 76 of his career average. All eyes on him of power hitting departments and also second most experienced after Shoaib Malik.

Most runs in ODIs All time updated 2019