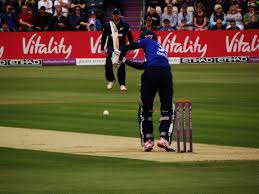 Jofra Archer, Liam Dawson picked for world cup 2019. England announced their final 15 on Tuesday 21. David Willey surprisely left out Jofra Archer replace him in final 15. Jofra Archer who didn’t play lot of international cricket was picked upon basis of his pace and reverse the ball in recent series against Pakistan.

Liam Dawson entry into the final squad is also a surprise initially he was not considering the part of world cup squad. its all happening after bilateral series between Pakistan and England where the pitches are more flat than expectation simply there is nothing for bowlers. Dawson who played his last ODI in october 2018 will in for Joe Denly could not make it into the final 15. Dawson recent form helps to make a come back in the team. Dawson recently took 18 wickets and with the bat scores 274 in recent one day cup for Hampshire.
On the other hand Alex Hales is now off from final 15 as he failed to pass drug test was part of provisional 15 man squad has been now suspended from all formats for 21 days. He was also initially member of squad for series against Pakistan also. James Vince is now included as a replacement for Alex Hales.
England will start their world cup campaign on 30th may against South Africa at Kennington Oval.

Jadeja heroics in vains as india bows out of world cup