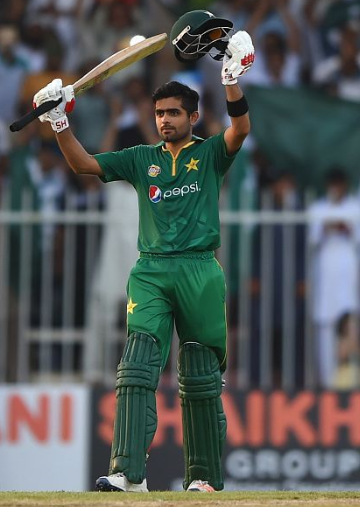 Babar Azam is scoring faster than his idol Virat Kholi. the 24 years old hits his 10th ODI ton in a must win game against New Zealand wc,2019 group match that was his first century in ICC WORLD CUP. Babar Azam reaches to 3000 runs in 68 matches. his 10th ODI hundred was came in a run chase and he call this one the finest century out of his 10 hundreds.

Grant Flower current Pakistan batting coach Reveals he “Babar Azam” didn’t attend net practice.
first time ever i have see him to left the net practice before a crucial game. He (grant flower) further says that Babar Azam is going to most important asset for Pakistan in future and could be very similar to his idol Virat Kholi.

With only 68 matches he hits 10 tons is going to cross many numbers if unlike other Pakistani cricketers in past who starts their career with high impressions but then they fails carry their consistency. Yasir Hameed, Ahmed Shahzad and Umer Akmal are the recent among failures. who couldn’t carry the rhythm.

Babar Azam recent improvement is goodwill for their team and Advanced the similarities of Kholi and Babar Azam. their shot selection, square drive, cover drive and footwork.

The only difference between Kholi and Babar Azam is chasing. Kholi is king of chasing but Babar is very young in his career, his 101 not out against New Zealand on wednesday at Edgbaston was came in run chase he carry his innings to the last ball, listens his coach for first time and become second fastest to reach 3000 runs.

With 41 ODI centuries and about nearly 60 average Kholi is too far away from Babar Azam. as he has currently holds 10 centuries with average of almost 53. But Babar has the ability to be compare with Indian Superstar and his idol Virat Kholi.

All round Stokes axed South Africa in world cup opener