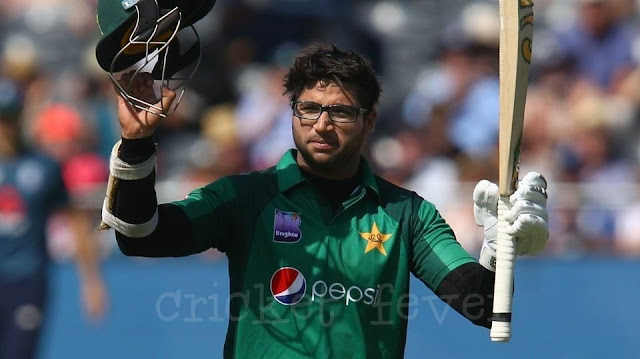 Imam-ul-haq has been criticised since he selected in national team. He is going well since his debut as he made hundred on his debut against Srilanka. made a strong statement over his selection critics as his was surprising because he was not in the list to heading the national team. There was no doubt his selection was approach by chief selection Inzamam-ul-haq. He is nephew of Inzamam-ul-haq. but he did not let him down through his outstanding performance.
His first class average was 35 and was not able to put impact like that to get into national team but he overshadows all critics with his performance.

Performance As An Opener

Since PCB shut the door for Sharjeel Khan due to PSL spot fixing. Pakistan were really struggling to fill the spot Ahmed Shahzad who given many chances but he couldn’t cashes it. Azhar Ali fails continously after ICC Champions trophy where he played major role in winning champions trophy and he finally announced retirement from ODI cricket. Imam-ul-haq was named for series against Srilanka and made century on his debu to make a strong statement and shut the critics over his selection.  Since he joined the team he strengthen top order with his consistency. He is so good underpressure. He has the the ability to cut the ball very well. The art of  ODI cricket is to rotate the strike and he is best in this fortune. his strong area is third man where he cuts ball with his unique art. till now(22 june 2019) he has played 32 ODIs and remains 5 times NOT OUT describes his class that how he is going to be one of essential part of the team.

Critcs Over His Strike Rate

People also troll him over his strike rate. He has strike rate of 80.10 in ODIs which is very decent. You must have a player in your lineup who have the potential to stay at wicket. For that purpose batsman must consume some deliveries to settling himself.
That job can do by his partner Fakhar Zaman who has the ability to hit hard the ball. For fans of Pakistan cricket it is easy to understand that our all time best opening pair of Saeed Anwer and Amir Sohail where Saeed Anwer were aggressive and Amir Sohail stay cool. These kind of examples are still exists like Amla and de cock.

Being the nephew of former captain Inzam-ul-haq this kind bundle of pressure always following him. this critics was starts in 2012 when he was selected U-19 asia cup. And these critics are still on. But he always shut these critics with his performance he scored with an average 45 in his 5 games including 3 fifties and 88 against Arch-Rival INDIA on his debut at age only 16. Thats how he reply all critics over him.
Since his debut in ODI he is improving his improving his skill consistantly. he is best ODI player till now he hits 6 hundreds and same number of fifties in only 33 ODIs with an average of 54.89 at  decent strike rate of 80.
He is improving his red ball cricket also. Till now (23 june 2019) he has score 1537 in ODIs. And played 10 tests made 483 runs in 19 innings with average of 28.41 is very new in this form of cricket but he is growing his skills constantly.
0