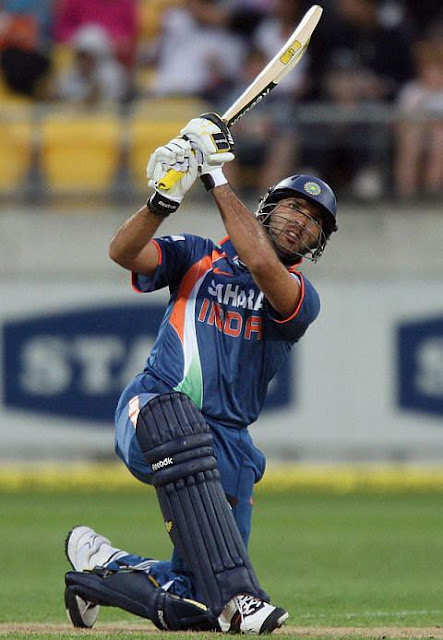 Yuvraj singh annouces his retirement from all forms of cricket.Monday June 10 yuvraj Singh announces his retirement from all form of cricket. He features in 304 ODI, 40 Tests and 58 T20s. He made his debut in 2000 against Kenya. For long time strengthen No.4 spot with his aggressive style. He made 8701 runs in ODI, 1900 in Tests and 1177 in T20s.
He was handed test cap in 2003 but Yuvraj was not kind of player to hang around he was an Agressive player and love to hit the ball hard. Figures tells its all as he just manage 40 appearance in test cricket. 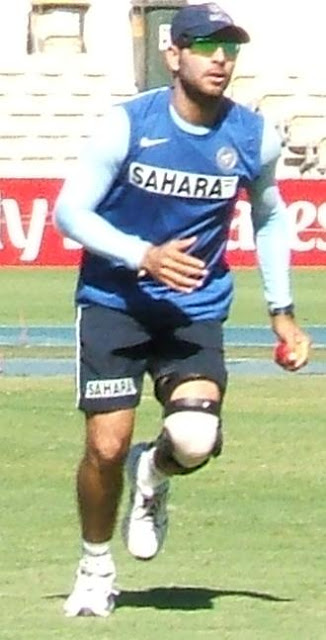 ODIs and T20s always suited him he strengthen spot NO.4 for india for long time his career 8701 is including 14 fine Hundreds and 52 fifties. During his retirement press conference he says that it is a honour for to represent for my country in 400 international matches. the 37 years old sensational batsman have 36.50 ODI avrage with strike rate of 88 is among the players like Shahid Afridi, Lance Klusenar and Adam Gilchrist the guys who sudden change the nature of cricket with his agressive power hitting.
here is his career figures. 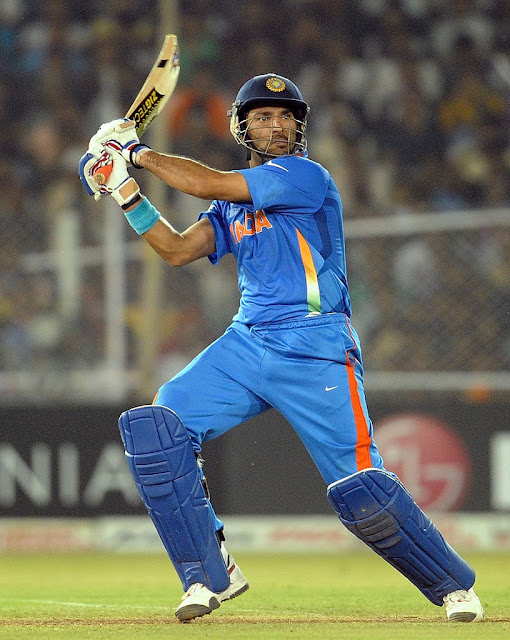 He won many matches for India single handedl.  but it not always you gets better results. In WC,2007 it was Do-or-Die match he nearly reaches to the target but he could not finish it as he was bowled out on 93 and fall short by only 2 runs was his one of Emotional Moments.
Lost to Windies he blames himself to couldn’t finish.
His fiance Hazel keech tells inside story of yuvraj when he called for champions trophy yuvraj cried for it sudden return.

He hits six-sixes to Stuart broad in ICC WT20 and score record 12balls-50 in 2009 was one of his best moments is still the fastest T20s-50.
He made 84 runs his debut against Australia in ICC Knockout Cup at No.4 position.
He was always a best white ball player. The opportunity comes for him again in red ball cricket when Ganguly was forced out of test series against England. He was called for replacement the time he was in form of his life. Partnership with Sachin Tendulkar of unbeaten 163 of chasing 387 is one of his best moments.
0