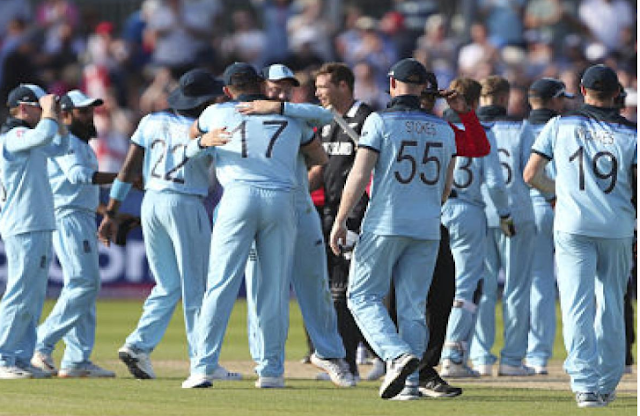 England reach Cricket World final with thrashing of Australia, second semi final at Edgbaston. after winning the toss Finch opted to bat. Australia lose their skipper of very first delivery in 2nd over’s 1st delivery of ARCHER. and follow by Warner who given his catch to Bairstow at second slip in next over of Woakes. Australia lose their both openers when 10 runs of the board. Handscomb who was playing his first game of the tournament in a pressure game could not handle the pressure and was beaten by Woakes with his brilliant delivery puts Australia more Under pressure. At score 14/3 Alex Carey advances to 4th spot and joins Steven Smith when the score was 14/3.
Steven Smith and Alex Carey rescues their team and put 103 partnership together. at score 117 Carey loses his wicket to Adil Rashid in 28th over and caught by (sub) James Vince he made valuable 46 of 70 deliveries. ha James Vince could smile as he contribute for his team in all important game. Stoinis who was make a comeback from injury out LBW in the same over of Adil Rashid without troubling the scoreboard. Australia was just manage to control things and starts to accelerate the scoreboard once again found himself in deep deep trouble after losing 2 Quick wickets in a single over of Adil Rashid. Aggressive once again fails to deliver a big knock for their team at much needed time and just manage 22 of 23 balls.
Steven Smith carry his innings to 48th over but he didn’t gets supports from the other end to frees his arm and get some quick runs. he was the highest scorer from in this low scoring target from Australia. He put his all efforts for the team and made a crucial 85 of 119 helps Australia to 223 The team were bowled out on last ball of 49th over.
In a reply England openers starts his Attacking cricket for which they are famous since past 3 years. especially JASON ROY his career sudden change after come back from the injury. He likes aggressive cricket and where he is so successful. During this run chase Australia couldn’t bring himself in this all important game openers provided 124 runs stand as Jhony Bairstow got by Starc. Bairstow 34 of 43 balls. but it was too late. JASON ROY made 85 of 65 ball with the help of 9 fours and 5 sixes caught by Aex Carey bowler was Cummins. was the 2nd and final wicket of England innigs. England chases this low target in 33rd over and Qualify for final first time after 1992 where they were loss to PAKISTAN.

captain Morgan and Joe Root remains not out and both made 45 & 49 respectively.