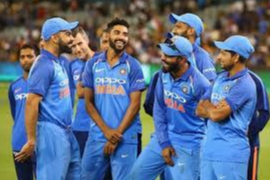 India tour of West Indies 2019: BCCI announces squads for T20I, ODI and Test series
After their world cup 2019 campaign ends! at semi final where they lose their encounter against New Zealand, India is now heading to United States (first 2 T20s will be host lauderhill, florida, us). Ms Dhoni is not picked surprisingly for any format. Dhoni’s future has been widely speculated ever since India lost to New Zealand in the World Cup semifinal on July 9. While Dinesh Karthik who didn’t make any impact in recently World cup 2019.

While Rohit Sharma has been brought back in the Test squad and Jasprit Bumrah has been rested from the limited-overs series along with All-rounder Pandya. Kohli will lead the team in all three series after the captain made himself available for the full tour. It was initially expected that Kohli would be rested for the limited-overs series but the 30-year-old has decided to play all three formats in the West Indies.

Wicket keeper batsman Wriddhiman Saha will rejoin the Test side after a gap of more than a year. Saha last played in the first Test against South Africa in Cape Town in January 2018, after which he was ruled out for the rest of the series with a shoulder injury for which he eventually underwent surgery last August.
The selectors have also picked Ravichandran Ashwin, Ravindra Jadeja, and Kuldeep Yadav as the spinners for the Test series.
Aggressive Wicket keeper batsman Rishabh Pant is a part of all three formats.
Tour of the West Indies will begin with a three-match T20s series starting from August 3. The teams will then play three ODIs and two Test matches between August 8-30. The 2 Test matches will be part of the inaugural edition of the ICC World Test Championship.

Breaking: Sharjeel Khan can Resume Cricket in one condition PCB