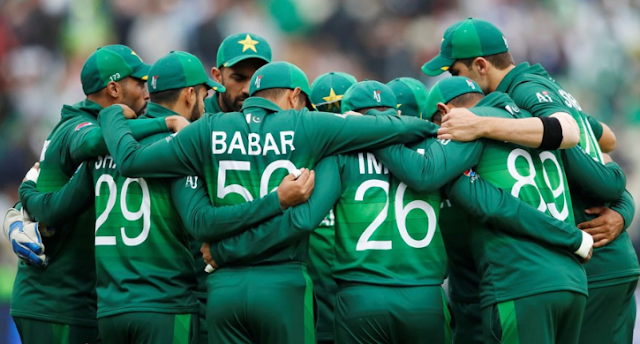 Pakistan play for pride world cup 2019 campaign with high. However they played all round cricket. After suffer a huge upset against West indies where they were all bowled in 105 runs. In their wc, opener And west indies chased it in the 14th over was a strange start for them to enter in the World cup 2019. At the end of their 9th match they couldn’t gets out of that damage in shape of NRR. Pakistan ends their 9 matches quota with 11 points same as New Zealand but that was NRR who sinks Pakistan from Semi Final race.

In the 2nd match against England they put behind their collapse against West Indies. And made a huge statement putting 348 runs on the board. Remember that was the same team who were bowled out on 105. Puts 348 on the board against number ODI side. England fought well but fall 14 runs short. Pakistan’s batting was completely different from another day.

Their 3rd match against Srilanka was washed out by rain cost Pakistan single point because Pakistan was consider favorite for that match. Was another bad day for them.

Australia were the next opponent in their 4th match. Australia were put into the bat after Pakistan won the toss. David Warner and Aron Finch’s 146 runs opening partnership helps Australia 307 runs on the board at one stage they were eyeing on 350 but thanks to Amir who got his five wicket haul in his ODI career restricted them to 307. In a response Pakistan were bowled out of 266 in 45.4 overs. Australia won that match by 41 runs.

After confident victory against England and a tough match against Austraili once again Green shirts find himself in deep trouble when they face their Arch Rival India. After winning the toss Sarfaraz Ahmed decided to ball first was turn into a nightmare for Pakistan. The idea about bowling first was not bad because of forecast condition.

But it turn against Pakistan India went for 337 in their 50 overs. In a reply Pakistan never bring himself in the match and respectively loses wickets at the end India won the match by 89 runs (DRS)
match were reduced to 40 overs due to rain in 2nd innings.

Loss against India overheated pakistan fans and the whole team face critics over social media. But credits to captain who keep his momentum and self believe.

So in their first five matches Pakistan just get one victory and lose three matches and match against Srilanka were washed out. Recovering from these sort of condition only can do by unpredictable Pakistan.

He says(Nasser Hussain) and better says“One minute down next minute up” Pakistan cricket at his best.

Despite poor efforts in previous matches and huge amount of pressure. Guys steps into the ground with high morale against South Africa in a must win game to stay in competition. Batting first posted 308 runs in their 50 overs. 81 runs opening stand given by openers. Babar Azam once again brilliant with the bat made 69 runs. But that was Haris Sohail who replaces Malik helps pakistan to reach 308 with his aggressive 89 on 59 deliveries. While chasing South Africa manage 259/9 in their 50 overs. and Pakistan won that match by 49 runs.

In next encounter they met New Zealand who were undefeated till then. Batting first New Zealand loses his 4th wicket on only 46 runs on the board. Jimmy Neesham and De Grandhomme took responsibility and their 97 & 64 helps New Zealand to reach 237/6 in 50 overs. In a reply Pakistan achieve this target in 50th over with 6 wickets. Babar remains unbeaten with his classic century.

Pakistan’s next destiny was leeds and Afghanistan was opponent. After winning the toss Afghanistan choose to bat and put competetive target of 227/9 in 50 overs. That was not an easy target to chase on track like that where bowler gets seam&swing that was a neil bitting match. But thanks to imad wasim his 49 not out 54 helps Pakistan to chase the target in the final over. Pakistan won that match by 3 wickets. Imad Wasim gets man of the match award for his allround performance.

Pakistan played their last match against Bangladesh where batting first after winning the toss put 315 runs on the board imam and babar were top scorers. Imam hits his 7th Odi ton while Babar Azam falls short of 4 runs of his 11th ton he made sensational 96. Bangladesh in reply never looked compatible in this run chase and whole team folded on 221 runs in 45th over. Shaheen Afridi took his career best 6-35 in 9.1 overs to become the youngest teenager to get five-per in wc, history. Ande named man of the match.

Although Pakistan ends their world cup campaign with 11 points same to New Zealand but that was their NRR which cause Pakistan termination from wc, in group stages. But they won hearts of their fans the way they bounce back fought hard. Their unpredictability and miraculous performance surprises everyone. Pakistan play for pride world cup 2019.