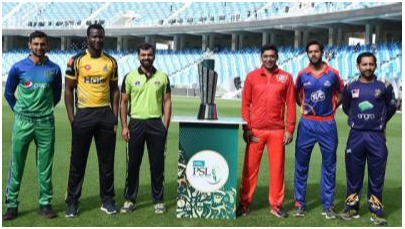 The fifth edition of PSL will be held entirely in Pakistan according to PCB sources. PCB was doing their all efforts since season ONE. Actually PSL initiative was taken on basis to bringing back cricket home. according to sources season 5 will tentatively held from 20 February to 22 March.

Government is fully committed to facilitate PCB in term of security to ensure cricket resume in country. PM Imran Khan recently expressed his interest to held whole season in the home During a press conference.
PSL first edition was starts in Dubai as foreign players were not willing to visit to Pakistan, international cricket was paused in the country after brutal attack on Sri Lankan team in 2007 in Lahore. most of PSL matches hosted by U.A.E. hosting the league in U.A.E was very costly for PCB and the problem was to pull the crowed to the stadium. even matches in Dubai and Sharjah couldn’t fulfill their dues was matter of worry for PCB. and one of the main reason of PSL was to build a bridge to bring cricket in the country.
PCB eventually got succeeded as they managed to host last three FINALS in Pakistan and season 4 was more healthy where Pakistan hosted 8 matches of season 4. This time PCB added one more venue as Karachi host first time. previously Lahore was only venue which PCB use for PSL finals.
PCB finally got achievement to convince the franchise owners to bring their foreign players for the whole event. previous three successful visits of foreign players increase confident to take the decision.
PCB also directed to all franchises to pick only those players who are willing to visit Pakistan for whole season. The draft will likely to be held in November or December 2019.
PCB also need to resolve their financial issues with all franchises, franchises need bank guarantee and are demanding shares in podcast rights revenue from PCB.
To host entire league season in the country will definitely develop its revenue as audience and local sponsors will also starts investment in the league and will create more job opportunities in the country.
PCB has already start working on renovation of stadiums as per reports Karachi will host 9 matches, Lahore 11, Rawalpindi 8 and Multan will get 8 matches of the season.
0