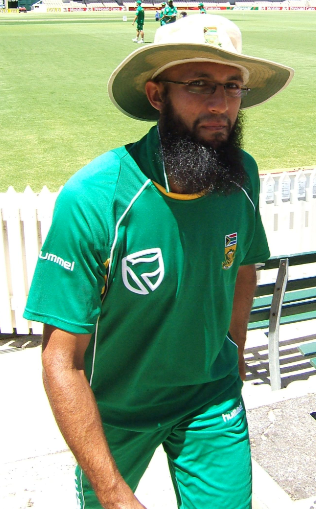 Star South African batsman finishes his career with 28 centuries in tests and 27 in ODIs. He was fastest to reach 2000, 3000, 4000, 5000, 6000 and 7000 in ODIs.
Was Second Proteas who announces his retirement from International this week as Steyn also quit
his tes cricket. More About Hashim Amla

Here is his Career Stats:

“Being humble means recognizing that we are not on earth to see how important we can become, but to see how much difference we can make in the lives of others” You certainly have…One of the greats of the game has retired @amlahash We salute you you 👏🏽👏🏽👏🏽👏🏽 pic.twitter.com/SMTOwCCa8q

Unreal career @amlahash ! So many doubted u early on, but your fighting spirit, humility & incredible one of a kind talent took u to the top of the mountain and ultimately to one of the best players in the world and… https://t.co/LVxSIdeCoQ

Congratulations @amlahash on a spectacular international career. You have been a pleasure to watch in the middle. All the best for your second innings! pic.twitter.com/q0aw4y86J0

The great #HashimAmla has surprised the world with his announcement to retire from all forms of cricket, what a legend & what a great human being & great brand ambassador of the game respect to you wish you best of luck ..

The Mighty Hash retires. Brought class and dignity to cricket. And one of the best we could hope to see. The world speaks so well of you and looks up to you. Go well, champion @amlahash

South Africa Test cricketer ( by number)
295 – Hashim Amla
296 – AB de Villiers
297 – Dale Steyn
These 3 legends made their Test debut in the space of 2 weeks in 2004…ruled Test cricket for over a decade and now have retired…end of an era!! pic.twitter.com/CTyomnZ2Ea

I see hash has decided to declare for good.mentally strong and great all round batsman. Congrats on a wonderful career # 👏👏 @amlahash

Our former Sher and a world-class opener, Hashim Amla, calls it quits on international cricket. He was truly invincible at his peak and more than that, a humble human being. 👏

Wish you all the success, Mighty Hash! 🙌

One of the greats of the modern era. Congratulations, Hashim Amla on a fantastic career, wish you the best in retirement @amlahash ! pic.twitter.com/sgNvCVazBh

The mighty # @amlahash … The Father figure of our team. So much wisdom , so much humility , always a smile on ur face and has been the rock of the batting line up for as long as I can remember. Well done on ur legendary career bud. THANK YOU !!! We definitely gonna miss you pic.twitter.com/ILwp12URER

Congratulations on ur Great international career @amlahash 👍🏼👏🏼👏🏼👏🏼 , U r a Gem 💎, A Star ⭐️ & Wil be remember as Great Human always , Thanks for all the Entertainment , U r one of my Mentor in my career #Respect for U , Best wishes 🤲🏼 Stay Blessed

Congratulations to Hashim Amla on a fantastic international career..what an amazing journey it has been since seeing you for the first time in the Kingsmead nets in the late 90’s… well done..respect..🏏👏🏻👏🏻👏🏻 @amlahash

A brother , guide and a well wisher to every one in proteas dressing room will be missed.Jazakallah for all the help and love @amlahash let allah bless you for everything you intend to do in future #Legend

There arent enough words to describe your contributions… to the team.. to me… and to the country as a whole!

A person we could always look to for advice and wisdom.

You truly brought a whole nation together… Thank you for everything @amlahash #Legend #SilentWarrior 🇿🇦🔥 pic.twitter.com/qd8mNR4OD8