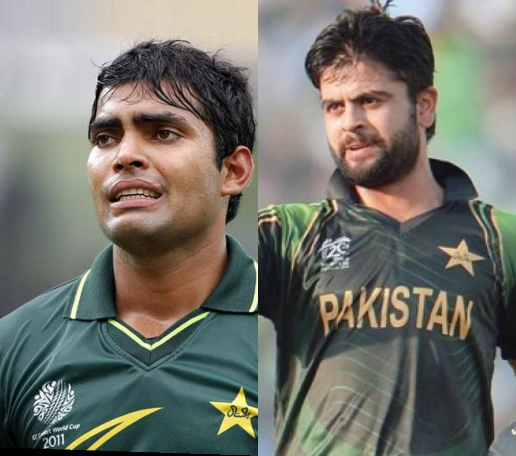 Cricketers Umar Akmal and Ahmed Shehzad are back in the game after the Pakistan Cricket Board’s (PCB) chief selector, Misbah ul Haq, said Monday they would be among the 20 probable players for the upcoming series against Sri Lanka.

Ahmed Shehzad and middle-order batsman Umar Akmal have been included in the probables. Veterans Mohammad Hafeez and Shoaib Malik have not been named in the list as they have been granted NOC until 12 October to participate in the Caribbean Premier League (CPL).

Sarfaraz Ahmed (captain), Babar Azam (vice-captain), Abid Ali, Ahmed Shehzad, Asif Ali, Faheem Ashraf, Fakhar Zaman, Haris Sohail, Hasan Ali, Iftikhar Ahmed, Imad Wasim, Imam-ul-Haq, Mohammad Amir, Mohammad Hasnain, Mohammad Nawaz, Mohammad Rizwan, Shadab Khan, Umar Akmal, Usman Shinwari and Wahab Riaz.
But Twitter reactions does not seems to be happy about it at all. In fact, many have pointed out that Umar Akmal and Ahmed Shehzad gets chances again and again but did not make any sense to include them in the probables’ squad once again.

Some uninspiring selections in the provisional squad announced today. Several tried and tested failures recalled. It feels like we have gone back in time #Cricket

Umar Akmal, always give hopes during Domestic matches and PSL but gifts his wicket while he is playing for Pakistan.

Ahmed Shahzad, Umar Akmal n Iftikhar in the probables list for the series vs SL

No new up coming talent n the tride and tested

No Sami Aslam, No Haider Ali etc@captainmisbahpk been your supporter but this is a disappointing start to continue with the tried and tested #PAKvSL

Series against Sri Lanka will comprise one-day internationals and Twenty20 internationals scheduled to be held from September 27 to October 9 this year. here is schedule.